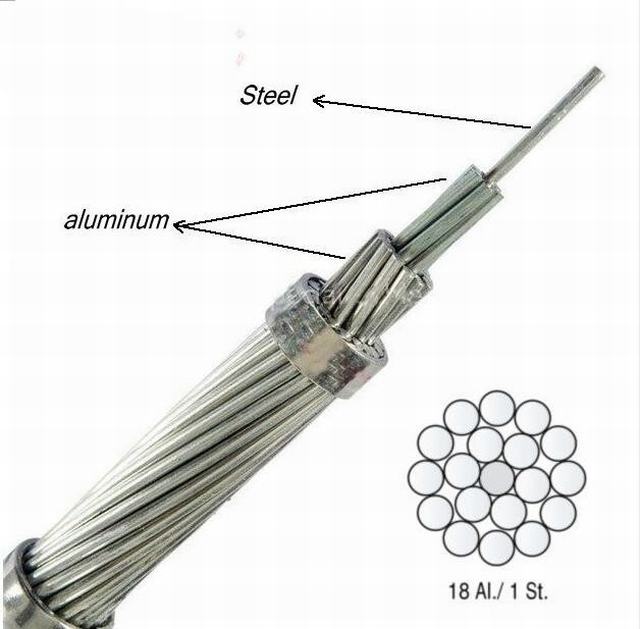 Bare conductor consists of a solid or stranded steel core surrounded by strands of aluminium.ACSR conductor conductor is available in a range of steel strengths varying from 6% up to 40%. The higher strength raven1/0 are used for river crossings,overhead earth wires,and installations involving extra long spans.Against any given resistance of conductor,ACSR coductor may be manufactured tohave different tensile strengths as per requirement. The principal advantage of these conductors are their high tensile strength and light weight, covering longer spans with less supports. Due to the greater diameter of an  Aluminium conductor steel reinforced ACSR conductor much higher corona limit can be obtained, giving a big advantage on high and extra high voltage overhead lines