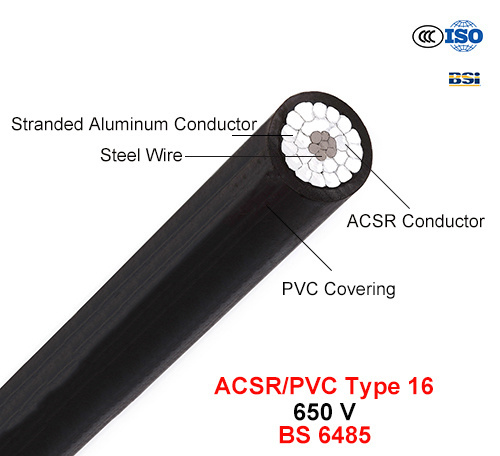 The PVC – covered power lines have also been found useful in corrosive atmospheres and for preventing faluts due to birds and trees. For such purposes, thickness of covering other than those specified in this catalogue may be used. The conductors are sometimes referred to as "Weather-Resistant Line Wire" and may consist of a single solid wire, or all aluminum conductors, steel reinforced (ACSR) over which a covering has been applied.