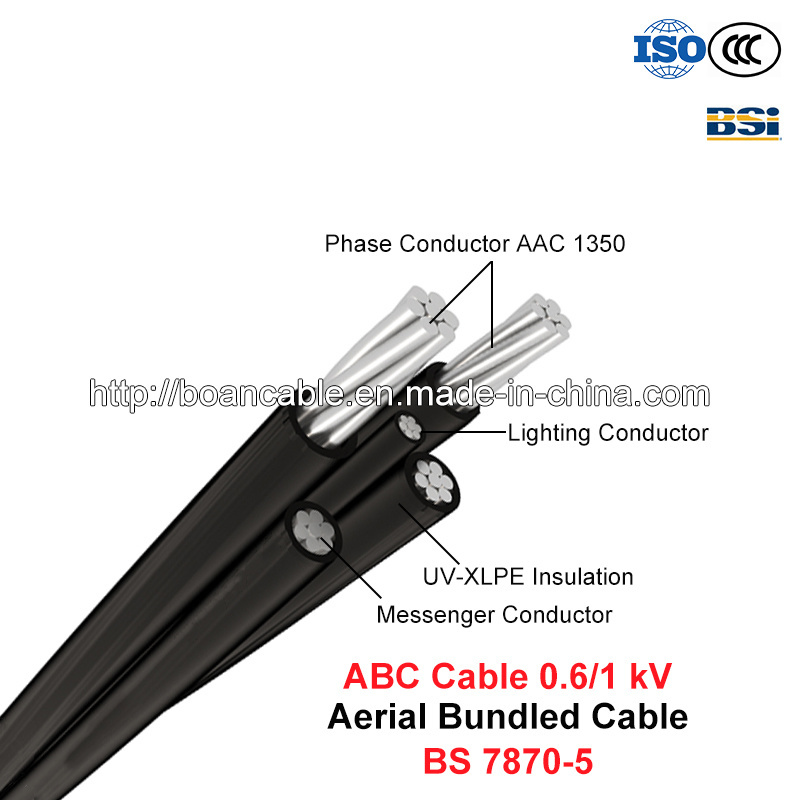 The messenger conductor can be of galvanised steel wire also.
The purpose of messenger wire is
A) It acts as load bearing wire.
B) It acts as earth or neutral conductor.